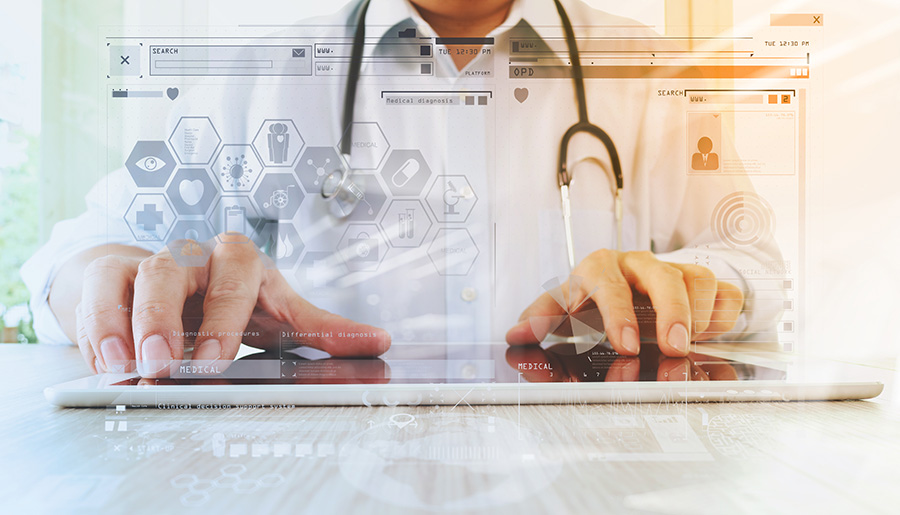 A new research white paper, How Blockchain Technology Can Enhance EHR Operability, jointly published by Ark Invest and Gem, makes a thoughtful case for the need to modernize the way electronic patient health records, called EHRs, are accessed and handled across the healthcare industry. According to the paper, a well-designed and implemented EHR infrastructure would facilitate sharing of protected health information with authorized parties, allowing healthcare providers to better engage with patients, make more efficient and accurate decisions about care, and streamline workflow in real time.

The two companies’ jointly published paper notes that In today’s healthcare industry, “information is not only private, it is proprietary.

“While doctors and patients yearn for a digital and unified patient record, the infrastructure required to accomplish this doesn’t exist yet. … A fully interoperable health ecosystem has yet to be realized largely due to antiquated, unsecured and opaque information rails for sharing data. Old information rails make it nearly impossible for the software programs that rely on them to keep pace with technological change, just as a bullet train couldn’t run on rusty 19th century train rails.”

A robust sharing and interoperability infrastructure, flexible enough to permit instant access to EHRs on a need-to-know basis, yet offering watertight security against unauthorized or malicious access, is an important need that can be addressed with blockchain technology.

“The potential [of blockchain technology] within healthcare is becoming clear, perhaps most importantly as a way to facilitate electronic health record (EHR) operability,” argue the authors of the white paper:

“We believe that by using blockchain technology, the following three major features of EHR systems can be enhanced: immutability via file integrity; cybersecurity via data access management; and interoperability via collaborative version control.

“In a time of increased electronic data, blockchain technology can organize access to that data in such a way that it can be recorded and verified only through consensus of all parties involved. For clinicians, blockchains can support universal identifiers for any data entered into an EHR, which is then available to other authorized providers and care team members.

“Patients can monitor their own health information, approving, denying or sharing changes to their data, ensuring a higher level of privacy and engagement. Researchers will benefit from better data integrity and reliability, creating a ‘platform of trust’ for data sharing. Payers will have better data reconciliation, fewer errors and frauds, reduced administrative and claim processing costs, and the potential to reach underserved markets.“

The white paper outlines the building blocks of a proof-of-concept blockchain technology application able to provide EHR systems with better integrity, cybersecurity and interoperability characteristics. The proof-of-concept application is built on top of GemOS, a blockchain “operating system” developed by Gem, which provides the basic infrastructure needed to access, query, program, record and authenticate information on a blockchain. GemOS is part of Gem Health, a recently launched network for developing applications and shared infrastructure for healthcare powered by blockchain technology. The launch of Gem Health and the fast-growing impact of distributed ledgers in the healthcare sector were covered in a previous issue of Distributed.

In the proof-of-concept EHR example, the blockchain’s ledger is a shared registry of events and messages. Blockchain applications communicate with GemOS, which connects to the underlying ledger to facilitate regulated information exchange in a network that connects patients, payers and healthcare providers.

The Ark Invest and Gem white paper emphasizes that the actual data is not stored in the blockchain. The blockchain simply records minimal information that validates content and points to where the rest of the record can be found.