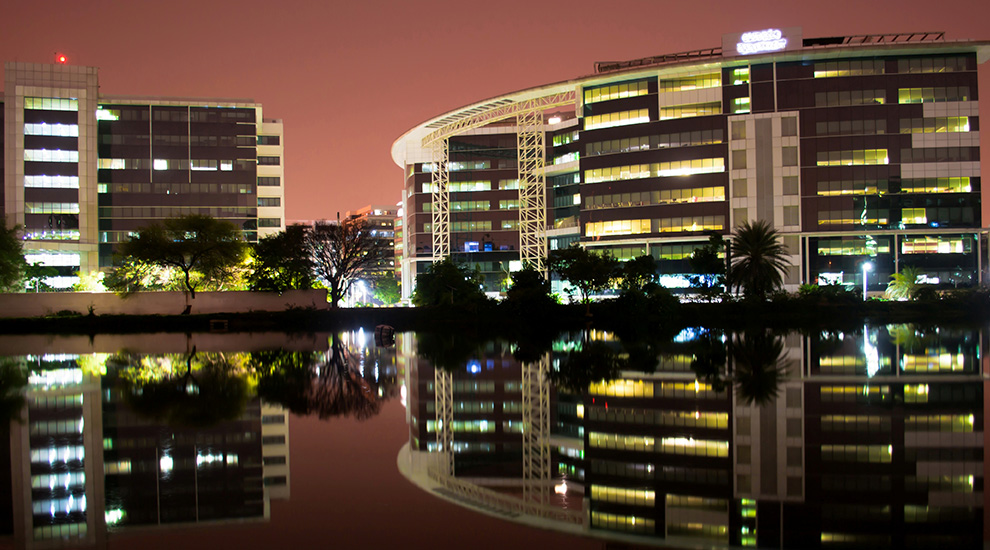 In April, Hewlett Packard Enterprise agreed to sell its majority stake in Mphasis to Blackstone Group, the largest private equity fund in the world, in a $1.1 billion deal. This is the largest single investment Blackstone has made in an Indian company. Blackstone praised Mphasis’s “deep vertical expertise” in the banking, financial services and insurance sectors, highlighting its revenue of $904 million in 2015. The deal is expected to boost Mphasis and provide the company with new clients among the many firms in Blackstone’s investment portfolio.

The Mphasis Centre of Excellence for blockchain technologies will be headed by vice president & head of service innovation Nitin Narkhede. Mphasis considers distributed ledger technology to be the next big thing in the IT world on its way to finding infinite possibilities and use cases across industry segments.

Bitcoin Magazine reached out to Venugopal to discuss the new Mphasis Blockchain CoE, the possible role of distributed ledgers and other emerging technology in the expected growth of the Indian economy and Mphasis’ strategy and development plans.

“Blackstone is the world’s largest PE firm and their investment in Mphasis marks their largest investment in a technology services company globally,” Venugopal told Bitcoin Magazine. “This transaction opens up opportunity to enter the $330 billion Blackstone portfolio of companies that have an approximate IT-spend of about $1 billion annually. Mandatory and regulatory closing formalities are underway. We would have [a] specific strategy and plan further to closing that is scheduled for September 2016.”

Venugopal explained that the new Mphasis CoE aims to conduct research, rapid prototyping, co-creation of use cases and IP creation on blockchain technology and platforms. Mphasis will also develop capabilities on different blockchain platforms to assist its clients in the seamless adoption of blockchain and data migration to blockchain-based systems, which the company expects to be an important driver for the Indian economy.

“In a nutshell, [blockchain technology] has the potential to absolutely alter India’s image and greatly accelerate economic development,” said Venugopal. “First, most government business processes — record maintenance, applications and so forth — are not as mature and automated as in other developed countries. Blockchain can bring absolute transparency and significant improvement to these business processes, leaving them less vulnerable to human error or corrupt management. There will also be huge benefits in terms of time and cost reduction.

“Second, a big part of the Indian population does not have access to banking systems, whether it is simple retail banking, short-term loans or claiming other government benefits. These are currently managed by multiple intermediaries and and unnecessarily complex bureaucracy. These challenges can be immediately met by the adoption of blockchain for the Indian government and financial institutions. Blockchain can also impact how citizens interact with government departments such as utilities, infrastructure, tax, grants, property or land registry systems in India. Blockchain could improve the operational efficiency of these public departments as well as maintain a high level of transparency.”

An interesting possibility is that India could use blockchain technology to leapfrog ahead of “developed” world economies in the banking and financial services sectors.

“We believe that India has the potential to quickly experiment and adopt blockchain based services in the banking and financial services sector, which could dramatically change the financial service environment,” noted Venugopal. “Historically, India has shown its nimbleness with the rapid adoption of mobility banking, internet banking and improved settlement systems. For example, India has already been on the T+2 system for years — that is, the time between a transaction date and the settlement date is two days instead of the standard three days.

“The National Stock Exchange of India (NSE) remains the third largest in the world in terms of equity transactions, after starting in 1992,” continued the Mphasis executive. “We have over 1 billion mobile phone users, most of them rapidly moving to smartphones and millions will be conducting business and participating in governance over the next few years. I think that the vibrant local start-up environment and their innovations in [the] financial sector is another trigger, which will accelerate the adoption of blockchain in Indian financial systems.”

Venugopal mentioned an important development: The Reserve Bank of India (RBI) has already formed a committee to explore blockchain technology to curtail paper currency and issuance of its own digital currency. RBI has also called on Indian banks to explore blockchain technology, and there is indication that the banks are already in the advanced stages of experimentation.

Mphasis is bullish not only on distributed ledger technologies for the financial sector, but also on emerging technologies such as robotics and artificial intelligence (AI) for the Indian economy at large. “We also think that robotics and AI tools will play a large role, alongside blockchain, and it will impact the job market in India,” said Venugopal. “It will be essential for all prospective employees, even in jobs that were not traditionally viewed as technology roles, to have basic coding skills. For example, traditionally, operations roles were viewed as non-technical, where at best you are expected to use technology solutions built by others. However, with the advent of robotic processing automation tools, it will become imperative for these very same roles to be able to remove repetitive operations by using automation. Its long-term success requires continuous monitoring and improvements.”

« Clearable Looks to Blockchain to Save the FX Derivatives Marketplace From Extinction » For SETL’s Blockchain Settlement Platform, It’s All About the Payment